Browsing through the various word-offerings in this morning’s online Telegraph, I notice that we don’t have a normal virus situation, here; we have a Norovirus. Is this like one of those Nogoviruses that presumably create the Nogoareas that Bishop Nazir-Ali was warning us about during the week? Is it worse or better than a retrovirus, and, if so, will there be a Noro movement in art and music to go with it? In any event, the answer seems to be “over-the-counter” diarrhoea treatments. Just squitting it out and drinking copious amounts of rooibos is no good, it seems. 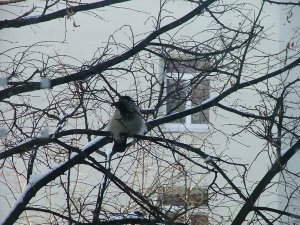 On to another new word I learned here this morning, “counterknowledge”. It has, I learned, nothing to do with knowing which of the wintersquits remedies is the best buy in terms of ringsting avoided per pound paid, as I was hoping. Instead, it is the latest piece of name-calling the so-called rationalists and skeptics have chosen to smear the targets of their hate, lumping together ludicrous theories with well established faiths such as the Creation of the world in a smug and offensive propaganda buzz word that is nothing more than a dressed-up argumentum ad absurdam.

When evolutionists have no way of objectively proving their world view, they generally resort to thinking up silly names to call their opponents. This is the latest piece of empty rhetoric from them. To see the full history of rhetoric-based propaganda against creation acceptors, you only need to go to the Talk Origins FAQ or a number of other sources. Even most of what their heroes such as Dawkins or Dennett write is a string of straw-man and ad-absurdam arguments interlaced with accusing the other side of logical fallacies.

I’ve been asking a number of questions over the years of evolutionists which they can’t answer, and inevitably they resort very quickly to abuse. It can be outright abuse such as “you f*cking fundie redneck” or it might be more subtle abuse, such as the use of quasi-scientific terms such as “counterknowledge”. The term counterknowledge strikes out also at conspiracy theorists, but the very structure of the term suggests that it’s based on a lot of conspiratorial thinking itself.

Posted on 25/08/2010, in Blog only, My posts on other fora/blogs, Politics, Satire and Comedy and tagged Bishop Nazir-Ali, Fallacy, Philosophy of Logic, Propaganda, Straw man, Warsaw. Bookmark the permalink. Leave a comment.